jail sentence that a Damascus state security court imposed today on Tal Al-Mallouhi, a 19-year-old high school student and blogger, on a charge of “divulging information to a foreign state,” namely the United States.

Mallouhi, whose blog consisted of just poems and comments about society, was held incommunicado for nearly 11 months following her arrest on 27 December 2009 and has been subjected to the most appalling conditions. She is now being held in Duma prison, near Damascus.

She appears to have been made a scapegoat and her sentence, which is typical of the brutality of the Syrian regime’s repression, is designed to intimidate bloggers and encourage them to censor themselves at a time when the authorities fear any form of contagion from the Tunisian and Egyptian revolutions.

The press freedom organization had welcomed the lifting of the blocking of Facebook and YouTubeeven if opposition, human rights and news websites continue to be subject to drastic censorship. Syria is on the Reporters Without Borders list of “Enemies of the Internet.”

Mallouhi’s CDs, books and computers were confiscated when she was arrested. The charges of spying for the US embassy in Egypt that were brought against her in October 2010 (see therelease) were based in part on an open letter to Barack Obama in her blog in which she urged him to take a more balanced position towards the Arabs and Muslims. Her blog entries also commented on the fate of the Palestinians.

The state security court’s verdict is final, and there is no possibility of appeal.

Her arrest prompted campaigns for her release all over the world (http://freetal.com/). The United States urged the Syrian authorities to free her yesterday.

Syrian is ranked 173rd out of 178 countries in the latest Reporters Without Borders press freedom index. 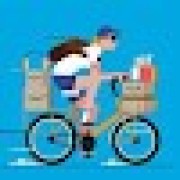